Differences Between Functional and Object-Oriented Programming

A few weeks ago, we discussed one of the major developers' holy wars – which is better: native or cross-platform applications. Now it’s the time for the second one – functional programming or OOP.

Before diving in, here’s a brief description of each paradigm to clarify what, exactly, they promote.

OOP is a software development paradigm based on the concept of objects which usually include data in the form of attributes and procedures in the form of methods. Methods can access and alter data stored in attributes.

In OOP, objects are normally instances of a class and are considered to be separate entities that can interact with each other.

Let's imagine, for example, that we're writing a simple program for a Harry Potter's Sorting Hat. This is how it would look in Ruby: 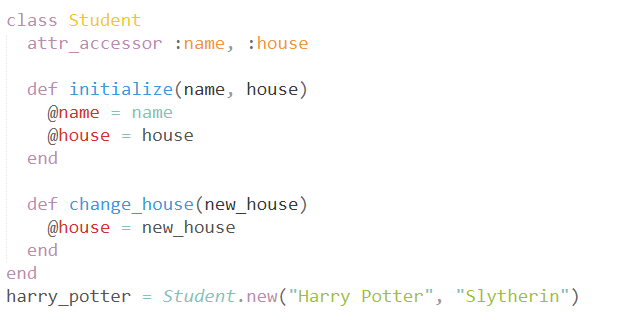 We are creating a class – Student – for every newcomer. Assuming each of them has a name and is assigned to one of four houses, we initialize name and house attributes. Since it’s possible that some students could suddenly turn out to be someone's heir or refuse to go to Slytherin, having a method that reassigns these faculties would be very handy.

So, to make a long story short, let's mark up the main features of the OOP paradigm:

In a nutshell, FP focuses on the behavior of a program – not on the data. Objects can't be modified and share no scope with each other. Functions, though, are treated like royalty.

To make the difference more obvious, we'll review both approaches via an example.

Let's imagine we are professor Snape, who woke up on the wrong side of the bed. To make the morning a little bit brighter, we decide to evaluate all Gryffindor students' homework as poor.

Here's how we would act using our programming paradigms:

As you can see from the comparison, each approach manages data in a completely different ways. Since OOP creates instances with mutable data and built-in functions, it's almost impossible to define if the function was called. FP maps through the array and returns the new one as a result. Thus, we can be 100% confident that the changes were applied.

You can discover more about the major differences between the two approaches in the vivid infographic below:

What’s the dispute about?

Both approaches have their fans and opponents. OOP fans argue that concepts of encapsulation and inheritance make data manageable, allow a larger portion of code to reused and minimize the chance of unauthorized access to valuable data.

Controversially, FP fans emphasize that the higher level of abstraction, reached by the separation of data and processes, reduces the rate of mistakes.

Even though functional and object-oriented programming are quite polar concepts, they pursue the same goal – the creation of easy-to-understand, bug-free and effective programs – and both do their job well.

So, the right question is not which method is better but which best solves your problem.

And even if you use the optimal paradigm, your program risks falling apart if it becomes too complex. The problem is that it's rather hard to avoid complexity in large projects that involve many people. Such cases may require your team to create a hybrid approach that unites the advantages of both methods.
Such solutions require a high level of expertise and vast prior experience. If you're looking for specialists like that, feel free to contact us for consultation.